I finally published my full review of the discovery tx500. As mentioned in my initial impressions, this radio is an absolute joy to operate. Since expressing my optimism about this radio would be incredibly difficult with no less than thousands of words, I’ll let my video do the talkin. Here’s the full review.

Yesterdays video was about portable power for QRP to 20 watt radios. Even so, there was a nice cameo in the video demonstrating an SSB QSO, between OH8STN/P and ON/PD0RWL/P. I made this QSO using the Discovery TX-500 from Lab599. Skip to 07:53 in the video.

I’ve had the TX-500 here for a few days now. It is a very capable radio! The odd thing about it is it lacks many of the “features” we generally look for, but gives us an incredible receiver, simple to use controls, and the features we actually need, making solid snd reliable communications, the only objective of this radio. This over needlessly adjusting knobs, dials and pushing buttons. It has a pragmatic, green radio approach to its design. This is the radio operators radio!

In the QSO I used the Discovery TX-500, Super Antenna MP1,  and powered it all with the PF Lightsaver Max.

So far the TX-500 has been an absolute joy to operate. Its  a raw rig, having nothing more than it needs. 10 watts, built-in filters, extremely low RX current, … Its design philosophy gives the operator maximum control over the receiver and transmitter,  without overwhelming them with deep menus or controls rarely used. Even so, it remains a capable radio, which is a pleasure to operate.

The most useful features are a single button away. Less used are two button pushes away. I’ll go through this in greater detail during a full review.

The connectors are all waterproof GX-x connectors. Each one is unique, making it impossible to insert the wrong connector into the wrong port. These connectors a very popular in Military and Aviation applications. They can easily be found on eBay or Amazon, and are extremely cost effective.

Operating digital modes with this radio is easy. It has a dedicated digital mode which selects the correct port for audio I/O. It has built-in Vox to simplify data operations, and works with the same Raspberry Pi setup for data modes, as I use with a cheap sabrent USB sound card on Xiegu & Yaesu radios.

Current draw is always a point some Elecraft users throw out there, when trying to justify the high cost of the KX2 or KX3. I have measured the receive current of the tx500 at ~100ma with backlight on, preamp off. This means when operating mostly RX only, the battery or solar power requirements are incredibly modest. It also means this rig has lower rx current draw, than any portable HF or HF/6m radio currently on the market.

Thermal protection is something we talk about quite often with the Elecraft kx2, Yaesu ft 817 and 818. It simply isn’t possible to run those radios at high Duty Cycles, with full output power. There are certain modifications we can do for the KX2 to reduce its thermal footprint, while the Yaesu ft-818 must be allowed to cool down, or run at 2.5 to 3 Watts.

The TX-500 enclosure is not an afterthought. It’s enclosure is a well-engineered part of its design. The enclosure is made of CNC machined aluminium, allowing it to provide the maximum amount of thermal protection for the finals, in the smallest most feasible package. This without stuffing the the boards inside whatever plastic box would fit (KX2). . The enclosure is the heatsink, so no sacrifice has been made in terms of thermal protection. It’s built-in! That’s why you don’t see any additional things screwed/bolted to the outside of the case for additional cooling. I’m certain many other manufacturers will study this design very closely, as it’s an efficient solution to the overheating problem we see, with many QRP+ radios tunning 10 watts or more today.

The radio doesn’t mind operating in the rain. How much rain is the real question. I simply don’t know! It would be nice to have an IP rating issued against this radio at some point. Since I don’t want to test this radio to destruction, we will have to let time tell.

If you’d like to order the Discovery TX-500 from Lab599, you can get them from Pileupdx in Sweden. 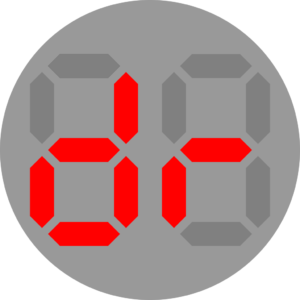 I freakin´ hate cookies! I won't track you, sell your data, share your data or do any sketchy stuff with cookies. "Big Tech" certainly will. Thankfully I'm not Big Tech. Continue using this site knowing I value yours and my own privacy.Ok