I’ve been testing the Packtenna EFHW for a few weeks. Its an excellent performing end fed half wave antenna. Mine is set up for 40 meters with a near perfect 1:2 SWR.

Today while testing the packtenna EFHW at 50 watts, with js8call on fast mode (10 second bursts), the Packtenna EFHW burned up.

Its performance was incredible up to 45 watts, regardless off duty cycle. So this antenna is a keeper. 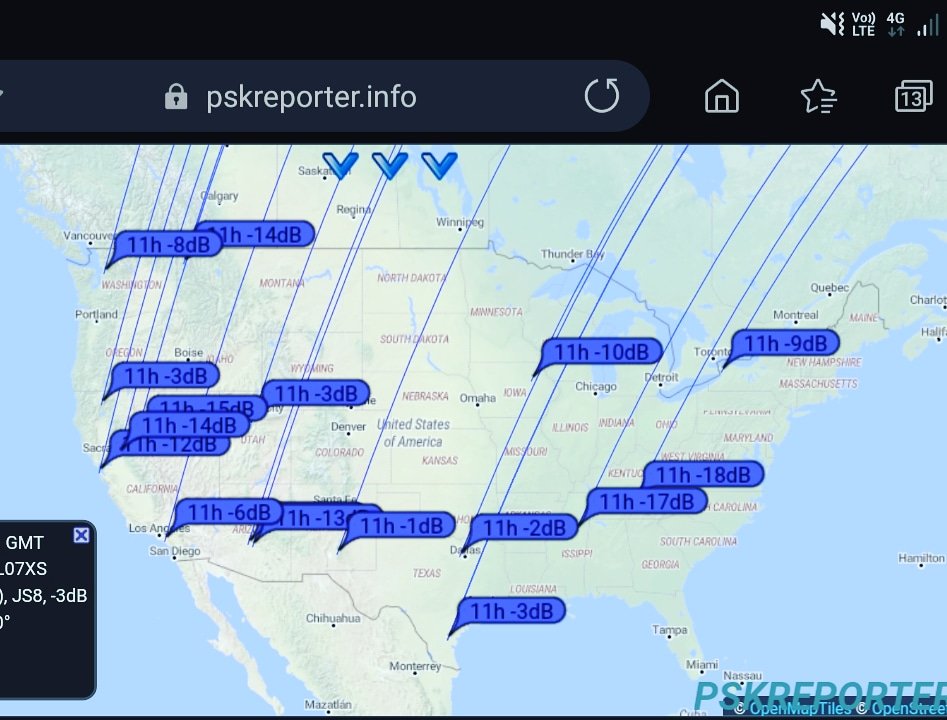 Most of my tests have been well below freezing temps. With today’s warmer temps, extra 5 watts and longer transmissions, the Packtenna EFHW had no chance.

Ham Radio Data modes are pretty hard on antenna systems. If things are going to fail, they’re definitely going to fail when you’re doing high duty cycle Ham Radio Data modes. Anyway, this isn’t the fail for packtenna! When it was sent over, I was asked to test it until failure. If you’re thinking about low duty cycle operations like single sideband, you can probably run this all day at a hundred Watts.
There you have it.
73
Julian oh8stn
Spread the love