Hello Operators.
There’s a lot of confusion about “the best” Lithium chemistry for amateur radio field communications. Let’s clear up the nonsense.

Both of these chemistry’s offer advantages and disadvantages to the amateur radio operator in the field. Much of the confusion comes from the “18650 scavenger” community. Nothing wrong with that, but most of the time no one tells you there are different cell chemistries, charging voltages, and even the number of cells in the pack depending on the chemistry we use. This article is an addition to my Portable Off-Grid Battery & Solar Power for Amateur Field Communications series. Here are some useful tips about deploying lithium iron phosphate or lithium ion, as well as some of the differences between each chemistry and lead acid. Btw, at no point in this article are we talking about LiPO batteries.

Individual LiFePO4 cells have a nominal voltage of about 3.2V or 3.3V. We use multiple cells in series (usually 4) to make up a lithium iron phosphate battery pack.

Individual Lithium-ion cells usually have a nominal voltage of 3.6V or 3.7 volts. We use multiple cells in series (usually 3) to make up a ~12 volt lithium ion battery pack.

I’ll add this section based on feedback from one of our Facebook followers.

The reason we use 3 cells in series for Lithium-ion battery packs is the voltage. A 4S lithium ion pack has too high voltage (~16.8v) when full. In contrast there are some radios which require more voltage than the low side of a 3s lithium-ion pack can provide at the end of its voltage curve. If we still want to use a 4S lithium ion pack, we need to integrate a DC DC regulator, to manage voltage output. Or, as I alluded to in the second paragraph, we can also use lithium iron phosphate cells, which have 14.2-14.4v fully charged. This is perfectly fine for most radios, but read the voltage requirements for your radio.

charging lithium iron phosphate + lithium ion cells is very similar. Both use constant-current and then constant voltage for charging. If we’re talking about one of the DIY battery packs from the channel, solar or desktop charging is usually done by two pieces of gear.

As with all batteries, the cold affects the ability for lithium ion or lithium iron phosphate cells to be charged. So we need to do something to ensure the battery doesn’t drop below freezing. Battery charging is one of the reasons I deploy a shelter during cold weather. It’s relatively easy to keep the temperature inside the shelter above freezing, while your solar power or generator remains outside the tent. One trick utilized to keep these cells above freezing, is keeping them and the radio equipment, inside an enclosure. All radios make heat, so restricting (to some degree) ventilation, heat from the radio will significantly warm the space around the battery. Another trick is to use chemical hand warmers near or inside the battery compartment. The point is to use common sense. Since we know we shouldn’t charge batteries up below freezing, a simple change of operating practices can easily Rectify this.

If you’re building a pack with more than one cell in series, you’ll need to balance the cells in the pack or in the charger.

It’s important to point out just because someone can make a YouTube video or blog showing you how to build a pack, doesn’t necessarily mean they know exactly what they’re doing.

The bottom line, you either need to manually balance your cells, or actively balance your cells. if you’re building one of my battery pack projects, AND you’re going to use that pack while simultaneously charging and discharging it, active balancing is the way to go. On the other hand, if you’re using that pack for discharging only, taking them out to the field for discharge, then charging once you’re back home, technically you don’t need any balancing while discharging the pack. If you’re going to charge the cells as a complete 4s or 3s pack, you’ll need a balance charge, or charge them individually. Of course if you’re using 18650 batteries, and your charger accommodates charging more than one cell at a time, you’re all good!

The following paragraph relates only to those of you who would like to build a complete battery pack. Now that you’ve read the paragraphs above, you understand the voltages between Lithium ion and lithium iron phosphate are unique. This also means the BMS you use for your battery Pack s are specific to lithium ion or lithium iron phosphate. You can find a variety of different balancing boards in the projects on the channel. We choose balancing boards by the capabilities we require from them. Before choosing a board we need to know:

When you have these numbers, you can use them to choose the right BMS from your supplier. You shouldn’t even be looking at the price until you understand your requirements. You should also take care about eBay and Alibaba sellers. They often incorrectly label BMS boards with much greater capabilities than they actually provide. So use your common sense. If I know I’m going to be pulling 15 amps out of a BMS, I usually purchase one from eBay which is rated for 30 amps.

Why else might you want to integrate a BMS into your project? A good BMS also offers these features:

When people are telling you not to use a BMS or balancing isn’t required , they do so without understanding the additional protection a BMS provides. Food for thought! 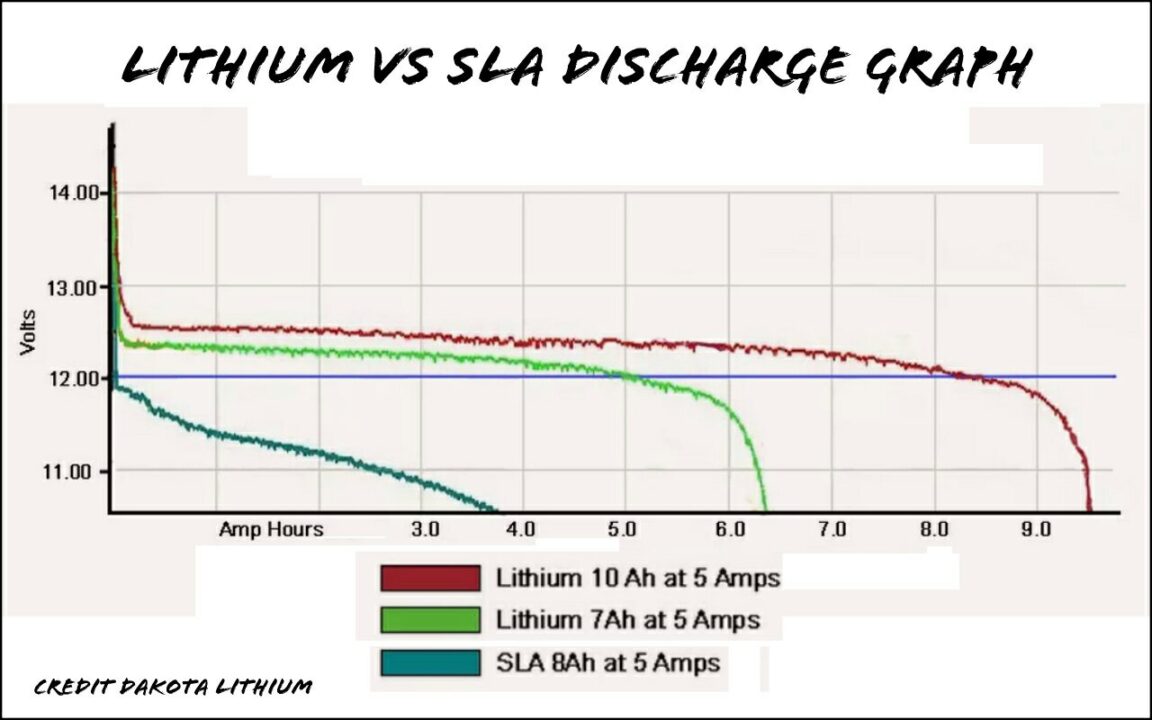 Sometimes no matter how hard I try, operators still hold on to the illusion that a sealed lead acid battery of the same capacity is no different or even better than a lithium ion or lithium iron phosphate pack. This is usually based on the price. That’s utter nonsense!
Here are a few facts.

So there’s a lot of misinformation on the internet. There’s even more on YouTube, driven by YouTubers who either don’t know or haven’t done the research. Not slamming them, but it’s important for each of us to do our own research. I would agree that on the surface it seems a lead acid battery would be cheaper to buy, than the lithium-ion or the lithium iron phosphate pack. There are so many other things to look at beyond price, which give us the real answer to that question. I don’t even consider using lead acid batteries in any of my projects anymore. So that leaves lithium ion and lithium iron phosphate. Which one should you use in a project? Well here is how I choose.

Like anything in the world, the results of our projects are based on the research we do. I often get criticism about not publishing so many videos, but when you do the research and the background work, it’s impossible to throw out any old crummy video everyday. So do the research guys. In the end it’ll be very rewarding.

Rules change from one jurisdiction to another as easily as day turns to night. At the moment it seems the heaviest restrictions on lithium batteries are found flying into or out of North America. According to both the FAA and TSA websites, Lithium batteries with more than 100 watt hours may be allowed in carry-on bags with airline approval, but are limited to two spare batteries per passenger. Loose lithium batteries are prohibited in checked bags. Neither the FAA or TSA make any difference between lithium ion or lithium iron phosphate. 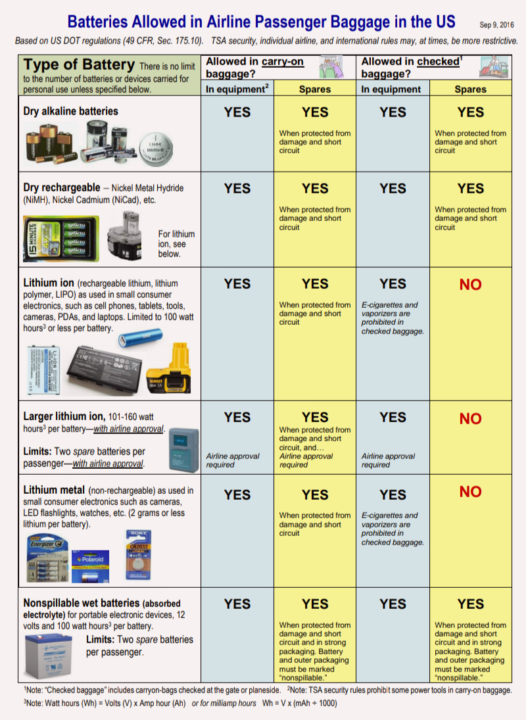 I purposely avoided going through any other battery chemistry to avoid making an already confusing topic, even more confusing. There certainly are some pretty interesting batteries on the horizon, but I’m just not ready to introduce them on the channel yet.

If you found this post useful, consider dropping a buck in the tip-jar.
PayPal https://paypal.me/oh8stn/1USD
Patreon http://www.patreon.com/oh8stn