I’ve done quite a few lithium iron phosphate based battery Builds on the channel. The majority of these projects use the Headway range of LiFePO4 cells, ranging from 10ah to 15ah cells, with 1-4 cells in parallel. These are extremely popular projects.

In addition to the videos shared below, there are also a plethora of articles on this website. Here are articles related to Lithium and LiFePO4 technologies, on oh8stn.org.

In this video tutorial, we are building a portable off grid solar power system for communications. We’ll be using Lithium LiFePO4 (lithium iron phosphate) cells for a 2000+ cycle, cycle life LiFePO4 solar generator, compared to 500 cycles for other battery chemistries.

There is an update for this video. I decided to use a standard Automotive fuse block instead of the ham radio power pole distribution board. It was easier to work with and offered more amperage rating for the system.

For the ham radio operator in the field, portable battery power needs to be light enough, small enough, modular, have enough capacity,  and above all it should be possible to charge with solar power, off grid, and in the field. In North America Bioenno battery power seems to be popular, but there is no way to repair it, if it goes wrong in the field.  For the high speed, low drag Amateur Radio

Operatorr in the field, we need something a bit more special, something which can be customized to fit our own operating requirements.
Thankfully, we can find the answer for this from the lithium battery family.
Most diy builders use 18650 batteries for diy builds. For this build we are going to step it up in performance and ease of build by using the Headway 38120 family of bLiFePO4 calles. These cells are safer to use, and easier to put together in a 12 volt battery pack.

For the ham radio operator in the field, portable battery power needs to be light enough, small enough, modular, have enough capacity,  and above all it should be possible to replenish it off-grid, and in the field.

This battery pack build is very similar to the previous 50 amp version. The differences the BMS and naturally the smaller current output.

The portable off-grid power for amateur radio articles can be found here: http://oh8stn.org/blog/2017/07/05/man-portable-off-grid-power-for-amateur-radio-introduction/

This was the third DIY build video in the portable ham radio battery power series. In this video, we build a 5Ah 64wh A123 based LiFePO4 lithium iron phosphate battery pack for field communications. The pack has 2 cells in parallel,  4 cells in series. The BMS I chose, provides 10A current draw, upgradeable to 20-50A with a change of BMS.

Like it’s big brother the 10Ah Headway based pack we built previously, the Genasun GV-5 MPPT Solar charge controller integrated with the pack, giving us simultaneous charge and discharge capabilities, on the bench or in the field.

The DIY 18650 battery pack is very popular. We can choose lithium Ion,  or Lithium Iron phosphate 18650 cells for our build. Most 18650 project use li-ion cells, but we will be using LiFePO4 cells for this build.. Repurposed or purchased new, these lithium and lithium iron phosphate cells are a popular choice for diy power banks, solar generators, or other battery projects.

One of the biggest problems with diy building 18650, battery packs is damage caused by overheating cells with a soldering iron. An often overlooked fact of 18650 building, is they were designed to be spotwelded, not soldered. The Vruzend kit solves this problem by using polymer end caps on the 18650 cells. These end caps are removeable, replacable, and allow the builder to make custom packs in varous shapes and sizes.

This diy battery build uses LiFePO4 cells in 18650 format. if you would like to use Lithium ion cells, you might want to use a 3S4P configuration, to achieve a roughly similar 12v battery result. Lithiun Iron Phosphate cells are much safer than Lithium ion cells. For the maker wishing to build a 12v battery pack, the LiFePO4 cells offer a nearlly one to one replacement over lead acid batteries.
You can consider this build a kind of DIY Powerwall for your pocket.

I supposed to put get enough interest in doing more lithium-ion based battery projects, I would be willing to take what we’ve learned already and apply to lithium-ion.

If you like what I’m doing with the channel and blogs, you can buy yourself some power-pole connectors and support the channel at the same time. Anderson Powerpole gear from ebay: https://goo.gl/5dvGEa 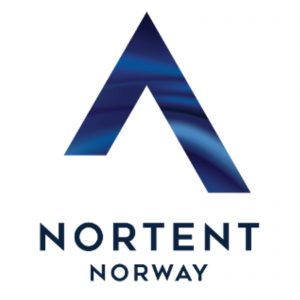