Amateur Man Pack systems have always been interesting,  but it wasn’t until recently,  that I had any practical antenna solutions available to make experimentation a reality. Now I do, so I think it’s time to start experimenting with several variations of the Amateur HF Man Pack. We’ll  use antenna systems previously sent for review on the channel. 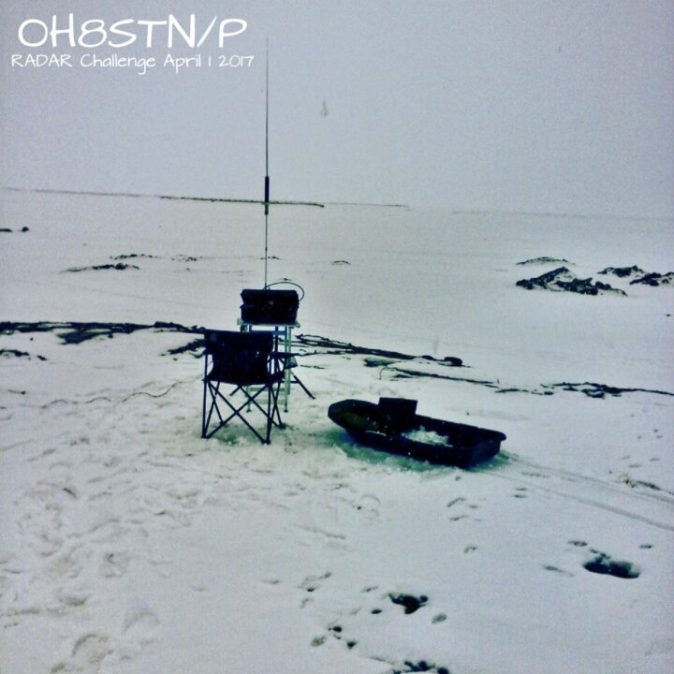 If you have followed my YouTube channel for any length of time, you’ll already know I usually deploy a field station type of configuration. I head to some location, setup the rig, antenna, computer, … operating more or less as a “somewhat portable” field station. Naturally, the station can be taken down and moved in minutes, or there would be no point to it. In contrast, Man Pack systems differ in that they allow an operator the ability to utilize the HF radio on the go.

Expectations
Naturally the goal is to make use of all the functionalities our radio offers. Whether we can or not, will depend on how we interact with the radio, and how/where the rig is mounted. As usual, I’m using the Yaesu FT-817ND. It will either be mounted in a backpack, hung from a chest rig, or carried in a sling pack.

Seems easy enough on the surface, but lets see.

Most of the man back systems I’ve seen,  center around  a backpack mounted antenna. Considering I know absolutely nothing about man pack systems (except for the annoying physics making them complicated on a HF)  I’ve decided to try something a little bit different. 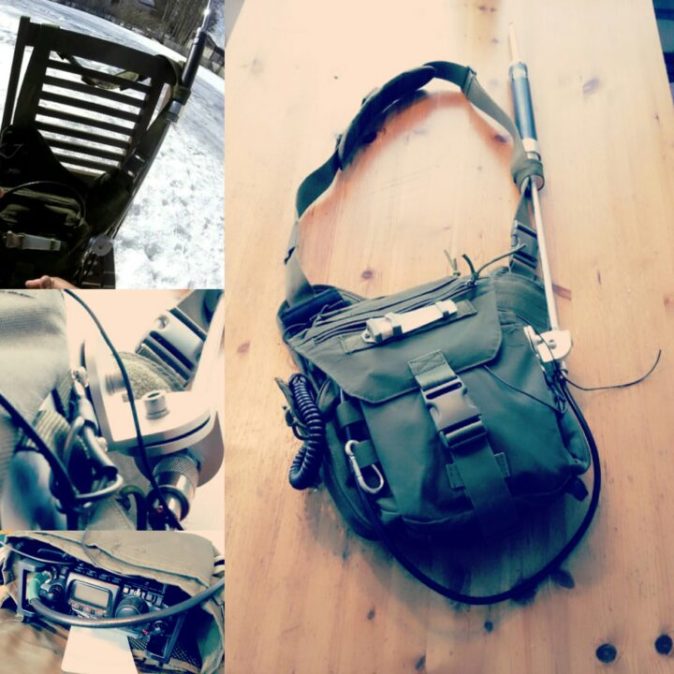 The entire kit is completely self-contained, easy to carry, and easy to work phone with on the go.

I wasn’t sure if this configuration would work, as it was mounted so close to my body. It also wasn’t elevated, so this test configuration wasn’t perfect by any stretch of the word. With all that said I used the super antenna MP 1 DXMax, slung across my back with a trailing drag wire (tuned for 20m) attached to its base.

Performance
Useful bandwidth in this configuration was very narrow. I suspect my body interfering with the antenna. Still, I was incredibly surprised to hear stations from 4X, LZ, IU, UA, M0, D, RA, TA all coming in like they were standing next to me having a friendly discussion in a cafe. Transamit side still needs some work. Every station I called heard me and asked for a repeat, but could not pull me out of the noise well enough to complete a QSO on SSB. The Italy stations seemed to have best RX on me, getting part of my callsign on return.

Although I didn’t not complete a QSO on a digital mode first time out, PSKReporter did spot me. That says something about a /PM Digital configuration. Later man pack digital QSOs were successful.

Second try (testing ongoing)
3-DAY Assault pack mounted Yaesu FT-817ND MP1DXMAX
I wanted to try the MP1DXMAX with a more traditional backpack this time. I hoped this would move the antenna far enough (at qrp levels) away from my body to  reduce the interference. 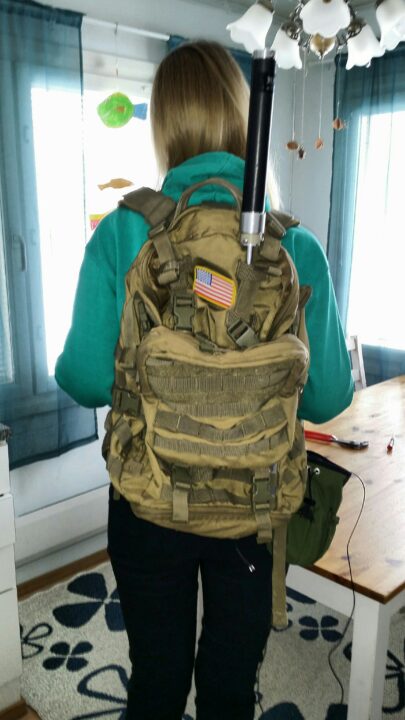 In this image you can see my wife wearing a mock-up of the antenna and pack. This setup performs much better than the sling pack I started with. I suspect adding the additional extension, and getting the antenna away from my body are the reasons for the increased performance.

I’ll test with this setup for some days then update the article.


Bonnie KQ6XA was kind enough to let me share this image and her commentary. “Zoom right side: my /PM side-pack for hamfest HF. Carrying like this, my transmit range was less than 5 miles on 10 metres SSB 20W. Taking the pack off, setting on a table, adding counterpoise, improved DX. Could receive OK though. VX-1210.”

Critical lessons from this first trial